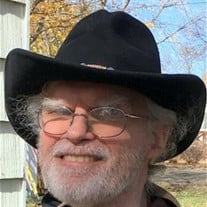 Wallace Lee Hess, the son of C.L. “Slim” and Helen (Kaiser) Hess, was born April 28, 1945 in Redwood Falls. He grew up in Redwood Falls and received his formal education in Redwood Falls Public Schools. Wally graduated from Redwood Falls High School in the spring of 1963, and on November 26, 1963, was inducted into the United States Navy. Wally served our country during the Vietnam War and was honorably discharged on November 24, 1967. He returned to the Redwood Falls area and was employed in the manufacturing industry until his retirement in 2012.

Wally married Diane Taylor in April 1970. She preceded him in death in July 2015.

Blessed be his memory.
To order memorial trees or send flowers to the family in memory of Wallace "Wally" Hess, please visit our flower store.