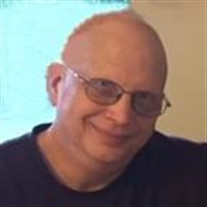 Tom enlisted in the United States Army in June 1976 and was stationed in Germany. Following his honorable discharge in June 1980, Tom enrolled in Jackson Vocational Technical School where he earned his degree in plumbing and heating. He then became employed with Gopher State Plumbing Heating in Redwood Falls.

Tom was a big guy with an even bigger heart, always willing to help anyone who needed it. He loved baseball and enjoyed going to the new stadium to watch the Twins play. Tom’s witty, sarcastic humor will be missed by all who knew him. Saturday was Tom’s last day on earth, and joyously the first day of his forever life.
Tom is survived by his mother Catherine Rue of Tracy; sisters Barb (Tony) Schons of Alexandria, Sharon Rue of Crystal, and Patti (Eric) Larson of Golden Valley; and numerous nieces and nephews. He was preceded in death by his father Don Rue, and maternal and paternal grandparents.
Blessed be his memory.
To order memorial trees or send flowers to the family in memory of Thomas "Tom" Rue, please visit our flower store.