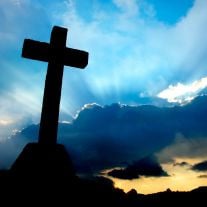 Arrangements are with the Nelson-Martin Funeral Service of Redwood Falls. E-mail condolences may be sent via www.nelsonmartinfuneralservice.com .

Stanton James Gilland was born Sunday, January 8, 1928 in Brookville Township, Redwood County, Minnesota to James and Florence (Christensen) Gilland. He attended country school and then Morgan High School graduating in 1946. Stan then attended the University of Minnesota, St. Paul Campus for a year before returning to the area. He married Kay Marie Davis in Sleepy Eye, Minnesota on August 22, 1964 and they lived in Sleepy Eye until moving to their farm in Redwood Township, rural Redwood Falls where he farmed. Stan “retired” from farming in 1990 but continued to help his son with the farming until his death. He was a member of the Redwood Falls Presbyterian Church where he had been active until the death of his wife Kay on May 26, 1984.

Stan Gilland was an avid farmer. loving the land and working it, as well as growing his garden, attending the Redwood Falls Speedway watching the races, watching sports but most of all he loved spending time with his family and visiting with them and his friends.

He is survived by his children Pam McMullen (Jim) of Sleepy Eye, Chris Gilland of Marshall, Craig Gilland (Bonnie) of rural Redwood Falls, and Chad Gilland of Granite Falls. Also surviving are his eight grandchildren; three great-grandchildren; and sisters Jeanette Lamp of Arizona and Charlotte Covington (George) of Colorado. He was preceded in death by his parents, his wife Kay Marie Gilland in 1984, and a granddaughter.

Blessed be his memory.
To order memorial trees or send flowers to the family in memory of Stanton Stan Gilland, please visit our flower store.