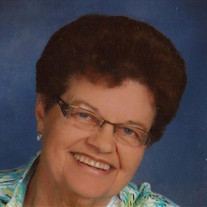 The family prefers memorials be directed to the Wounded Warrior Project.

Shirley married Lyle Smetak and they make their home in Clements and Redwood Falls. Shirley worked as a waitress, an Avon representative, and in the healthcare field until her retirement in 1997. She was a member of St. John Evangelical Lutheran Church and the V.F.W. Auxiliary. Shirley loved to camp, read, and visit with friends and family on her patio.

Blessed be her memory.
To order memorial trees or send flowers to the family in memory of Shirley Smetak, please visit our flower store.