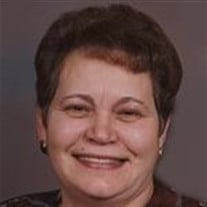 Sharon Mann, 66, of Wabasso died Friday, April 1, 2016 at Park Nicollet Methodist Hospital in St. Louis Park. Funeral services will be held at 10:30 a.m. on Thursday, April 7, 2016 from First Presbyterian Church in Redwood Falls with burial to follow in Crestlawn Gardens, rural Redwood Falls. Visitation will be held on Wednesday, April 6, 2016, from 4 until 8 p.m., at Nelson-Hillestad Funeral Home in Redwood Falls. Visitation will continue at the church on Thursday, from 9:30 until 10:30 a.m.

Sharon Lee Mann, the daughter of Wenzel and Elizabeth (Cady) Koenig, was born September 7, 1949 in Redwood Falls. She grew up in Morgan and received her formal education in St. Michael’s Catholic School and Morgan Public School.

On March 22, 1969, Sharon married Wayne Mann at First Presbyterian Church in Redwood Falls and they made their home in Redwood Falls. In 1978, the couple moved to Wabasso where they have lived since.

Sharon was a homemaker and enjoyed spending her time taking care of her family. She was a member of First Presbyterian Church in Redwood Falls.

Sharon is survived by her husband Wayne of Wabasso; son Scott Mann of Wabasso; daughter Deborah Mann Gieseke of Willmar; sisters Ruth Jones of Mankato, and Geraldine (Sherman) Hubert of Lamberton; and brother Wenzel Koenig of Prior Lake. She was preceded in death by her parents; brothers George, Wenzel Charles, John, Robert, James, and Martin; and sisters Margaret, Mary, JoAnn, Betty, and Berniece.

Blessed be her memory.
To order memorial trees or send flowers to the family in memory of Sharon Mann, please visit our flower store.