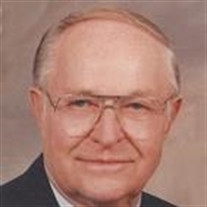 Ruben Clifford Lange, the son of Carl and Elsie (Rudenick) Lange, was born September 9, 1925 on the family farm in Waterbury Township, Redwood County. He received his formal education in the nearby country school. Following his schooling, Ruben farmed with his father.

On February 27, 1954, Ruben married Elizabeth “Betty” Peter in St. Mary’s Catholic Church, Seaforth. Ruben and Betty settled on the family farm in Waterbury Township where they farmed until 1987. They relocated to Redwood Falls in 2000. Ruben enjoyed playing the button accordion and played with Hugo Spalding and Jan Gumpinger in the L&S Band for many years. He also played in nursing homes and for private parties. Ruben enjoyed dancing, traveling, and spending time with his grandchildren, great-grandchildren, and friends.

Blessed be his memory.
To order memorial trees or send flowers to the family in memory of Ruben Lange, please visit our flower store.