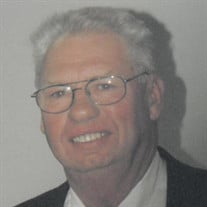 Ronald H. Deming, 74, of Franklin passed away Friday, July 2, 2021 at Abbott Northwestern Hospital in Minneapolis. Funeral Services will be held at 10:30 a.m. on Friday, July 9, 2021 from First Baptist Church in New Ulm with burial to follow in Franklin City Cemetery with Military Honors. Visitation will be held Thursday, July 8, 2021 from 4 until 7 p.m., at Nelson-Hillestad Funeral Home in Redwood Falls. Visitation will continue Friday, from 9:30 until 10:30 a.m., at First Baptist Church in New Ulm.

Ronald Deming was born March 14, 1947 in Redwood Falls to Serenis and Ruby (Diekmeier) Deming. He grew up in Franklin graduation from Franklin High School in 1965. Ron was very active in sports and FFA and was a member of the 1965 Franklin State Basketball tournament team. Ron served in the U. S. Navy from 1967 – 1971 on board the USS John R. Craig DD 885 during the Viet Nam War. He spent 34 years working on the railroad for Chicago Northwestern and Union Pacific Railroads until retiring in 2012. After he retired from the Railroad, he enjoyed driving school bus for Cedar Mountain Schools.

Ron Loved the Lord, his family, and his country. His faith in Jesus was important to him and was evident in his everyday life, becoming a Born again Christian at a Baptist Church in St. Joseph, Missouri in 1979.

In 2007 he was united in marriage to Becky Simon at the Harvest Baptist Church in Redwood Falls. Ron was an active member of the First Baptist Church of New Ulm, the Franklin American Legion Post, The Franklin Cemetery Association, and the Renville County Republicans.

Ron is survived by his wife Becky, brothers; Ross (Cindy) Deming of Necedah, Wisconsin and Jerry Deming of Franklin. Children; Kristi (Valentino) Warren of Chaska, Andy (Magan) Simon of Wabasso, and Derrick Simon and fiance Jada Henrichs of Marshall, 7 grandchildren as well as a niece Jenny Deming and nephew Jay Deming. He was preceded in death by his parents, sister-in-law Joyce Deming and a nephew Michael Deming.

Blessed be his memory.
To order memorial trees or send flowers to the family in memory of Ronald H. Deming, please visit our flower store.