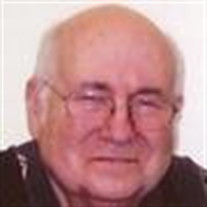 Roger E. Edmonds, the son of Howard and Lois (Carpenter) Edmonds, was born July 19, 1939 in Horton, Iowa. Roger moved with his family to Waverly, Iowa where he graduated from Waverly High School. He attended Moody Bible Institute in Chicago where he met Patricia Frederickson; they were married December 29, 1961.

Roger began his ministry as Minister of Youth at First Baptist Church in Rochelle, Illinois. Roger and Pat were also blessed with the birth of their two sons while they were serving in Rochelle. Roger then attended Pillsbury Baptist Bible College in Owatonna, graduating in 1972. He furthered his education at Central Baptist Theological Seminary in Minneapolis, graduating in 1976. He began his work in Farmington in 1976, then served in Red Wing for 10 years and Tyler for 11 years before moving to Redwood Falls in 2001.

He was preceded in death by his parents, sister Bonnie, and three great-grandchildren.

Blessed be his memory.
To order memorial trees or send flowers to the family in memory of Roger E. Edmonds, please visit our flower store.