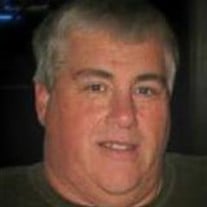 Ricky Bill Seaman, the son of Bill and Virginia (Pohlen) Seaman, was born July 9, 1963 in Fergus Falls. He grew up in Redwood Falls and received his formal education here. Rick graduated from Redwood Valley High School in 1981 and furthered his education at Granite Falls Vocational-Technical College.

He is survived by his mother, Virginia Seaman of Redwood Falls; half-brother Danny (Pam) Seaman of Hector; half-sisters Julie (Dennis) Fischer of Lake Lillian, and Georgia (Jon) Schroeder of New London; several aunts and uncles; and many cousins and friends.

Blessed be his memory.
To order memorial trees or send flowers to the family in memory of Rick Seaman, please visit our flower store.