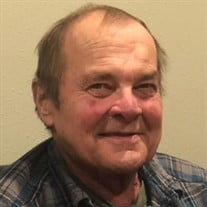 Richard Henry Goblirsch was born February 20, 1950 to his parents Raymond and Veronica (Plaetz) Goblirsch in Redwood Falls, Minnesota. He attended St. Anne’s School, where he graduated in 1968. On October 16, 1976 he was married to Shirley Holme at St. Anne’s Catholic Church in Wabasso, Minnesota. They became parents to three children, Brenda, Susie, and Joni. Richard was a carpenter for 51 years, retiring in 2018.

In his loving memory.
To order memorial trees or send flowers to the family in memory of Richard "Richie" Goblirsch, please visit our flower store.