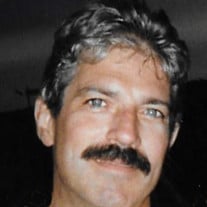 
Richard Edward Mahoney was born September 16, 1952 in Redwood Falls, Minnesota to Edward Thomas and Rita Ann (Posl) Mahoney. He grew up in Morton and attended Morton Public School graduating from Morton High School in 1970. He then attended Mankato Vocational Tech School, receiving his degree. He lived in Redwood Falls where he owned and operated Mahoney Refrigeration business for 30 years. Richard lived in Redwood Falls until moving to Rosemont in 1989 living there until moving to Oahu, Hawaii for a year before returning to Morton.

Richard loved riding his motorcycle, traveling to Hawaii and working on house projects. He could fix anything.

Richard died on Tuesday, July 5, 2016 in his home hear Morton at the age of 63 years. He is survived by his five children; Josh (Jocelyn) Mahoney of White Bear Lake, Ryan (Shannon) Mahoney of Albertville, Christina (Luke) Boynton of Duluth, Carrie (Anthony) Schaefer of Duluth and Brianna Mahoney of San Francisco, California, his grandchildren; Chloe and Veda Mahoney, Madeline Mahoney, Quinn and Hazel Boynton, and Cora and Reuben Schaefer. He is also survived by his siblings; Mary Ann Mahoney Bengston of Ham Lake, Pat Ring of Maplewood, Carol Scott of Kilkenny, Minnesota and Jim Mahoney of Leopolis, Wisconsin. He was preceded in death by his parents and his brother Bob Mahoney.


Blessed be his memory.
To order memorial trees or send flowers to the family in memory of Richard Mahoney, please visit our flower store.