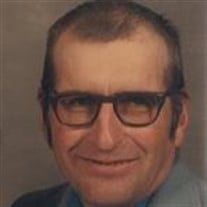 Raymond Lange, 73, of rural Morgan died Tuesday, March 24, 2015 at his home. Funeral services will be held at 10:30 a.m. on Friday, March 27, 2015 from St. John’s Lutheran Church in Morgan. Burial, with full military honors, will follow in the church cemetery. Visitation will be held Thursday, March 26, 2015, from 4 until 8 p.m., at Nelson-Hillestad Funeral Home in Morgan. Visitation will continue on Friday, at the church, for one hour prior to services.

Arrangements are with Nelson-Hillestad Funeral Service of Morgan. E-mail condolences may be sent via www.nelsonhillestad.com .

Raymond Hugo Lange, the son of Hugo and Esther (Zamzow) Lange, was born April 18, 1941 in Three Lakes Township, Redwood County. He grew upon the family farm and received his formal education in Morgan Public School. Ray graduated from Morgan High School in 1960. He farmed for a short time and then – at the time President Kennedy was assassinated – Ray was inducted into the United States Army. He served at Fort Bragg, North Carolina. Following his honorable discharge, Ray returned to Redwood County and had farmed and lived on the home place since.

He was a member of St. John’s Lutheran Church. Ray video recorded the church’s worship services for Gil-Mor Manor and the city cable channel. He also served as a church usher.

Ray is survived by his wife Mary Lange of Morgan; son Christopher Lange of Morgan; daughter Christine Lange (fiancé George Schumacher) of Windom; and brothers Harold (LaVonne) Lange of New Ulm, and Reuben (Marge) Lange of Prior Lake. He was preceded in death by his parents.

Blessed be his memory.
To order memorial trees or send flowers to the family in memory of Raymond Hugo Lange, please visit our flower store.