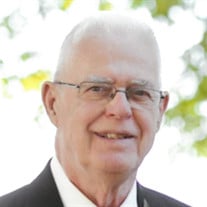 Paul Holbert Duckstad, the son of Norman and Mary Jo (Holbert) Duckstad, was born on May 30, 1935, in Sioux Falls, South Dakota. He lived by Beaver Creek, moving to Belgrade, then to Renville and to Princeton where he graduated High School. Paul was involved with sports in high school such as football, track, baseball and basketball. He continued his education at the Luther College in Decorah, Iowa, to become a teacher. On August 3, 1957, he was united in marriage to Marita Reque at First Lutheran Church in Redwood Falls, Minnesota. Paul and Marita started their married life in Franklin where he taught from 1957-1958. They then moved to Redwood Falls, where he taught from 1958-1991. During his career he coached football and baseball. He also refereed many baseball, basketball, softball and volleyball games. He refereed at the highest level, Minnesota State Basketball Games. During the summer months he was a crop adjuster for Great American Insurance, for 45 years and several other companies, finally retiring at age 80 from crop adjusting.

He was preceded in death by his parents; his wife, Marita in 2011.

Blessed be his memory.
To order memorial trees or send flowers to the family in memory of Paul H. Duckstad, please visit our flower store.