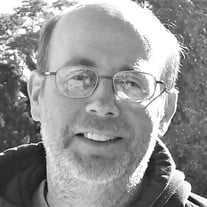 Paul D. Driscoll, 59, of Redwood Falls, died unexpectedly at his home on Tuesday, March 26, 2019. Memorial services will be held in the summer.

Paul Daniel Driscoll was born on January 10, 1960 to Donald J. and Trudy (Meyer) Driscoll in Redwood Falls, Minnesota. Paul attended Reede Gray Elementary and Redwood Falls High School, graduating in 1978. He attended Northwestern University of Evanston, Illinois receiving a Bachelor of Science Degree in 1982, went onto the University of Tennessee in Knoxville, Tennessee, receiving his Master’s Degree in 1986 and further on to the University of Kyoto in Japan earning his Ph.D.

Paul was a material science engineer. His specialty was polymers. He and his colleagues at 3M have several patents registered with the US government. He worked for 3M for 24 years. Paul spoke, read and wrote Japanese. During Paul’s life he studied all over the world; Evanston, Illinois; Des Planes, Illinois; Knoxville, Tennessee; Boston, Massachusetts; Ithaca, New York; Kyoto, Japan; and Woodbury, Minnesota. In 2010 he bought his childhood home from his mother. Paul retired in 2016 to Redwood Falls.

One of Paul’s greatest joys in life (like his dad before him) was talking to people, all kinds of people. Paul liked to discuss all kinds of topics including education, history in general, family history and especially Northwestern University sports! He was an organizer of a group of about a dozen Northwestern Alumni who got together and attended Northwestern sporting events in the Chicago area and all over the country.

Paul is survived by his sister and brother in law, Martha (Dean) Driscoll-Nelson and nieces: Annika Nelson and Ingrid Nelson. Many cousins on both the Meyer and Driscoll sides. Numerous friends from Redwood Falls, Northwestern University, the University of Tennessee, his time in Japan and 3M.

Paul is preceded in death by his parents- Donald J. and Trudy Driscoll.

Blessed be his memory.
To order memorial trees or send flowers to the family in memory of Paul Daniel Driscoll, please visit our flower store.