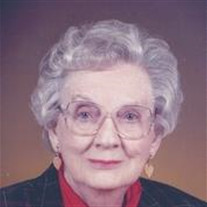 Maxine Ruby Pettis, the daughter of Lulu (Dalsgaard) and Mack Pettis, was born July 18, 1913 in Renville. Maxine began first grade in Renville, but she continued her elementary education in Redwood Falls after the family moved there in 1918. Midway through Maxine’s junior high school year, the family moved to Lake Crystal, and lived there until Maxine graduated from high school. She was valedictorian at Lake Crystal High School. Maxine attended Hibbing Junior College from 1931 to 1932, and took one year of teacher’s training in Redwood Falls from 1932 to 1933. Maxine taught school in Gilfillan from autumn 1933 to June 1936. It was a two-room school with 28 pupils in grades kindergarten through eighth grade. She would get the children in one room started on their lessons, and then move on to teach the children in the other room; the older children reinforced their lessons by helping to tutor the younger ones.

On July 13, 1935, Maxine married Jack (Oral A.) Knudson in the Watertown, South Dakota Methodist parsonage. They married in Watertown to keep the marriage secret from the Gilfillan School Board, whose policy was to employ only unmarried teachers. Maxine and Jack raised two boys, John “Jackie” and James “Jamie.” They owned Knudson’s Jewelry store from 1936 until they sold it in 1974. Out of necessity, Maxine learned how to run a store. She was the jewelry, china and gift buyer, and handled sales, kept the books, decorated the windows, and did the cleaning. Every year, she was asked to teach the high school home economics class a class on table setting.

Maxine and Jack enjoyed their couples’ club with lifelong friends, now all departed. She directed the children's choir at the Methodist church, and was a charter member of the Philolectian Club. She was also active with Friends of the Zoo and book club, she volunteered with hospice, was a loyal patron of the library, and an avid cook, gardener and bird-watcher. She was a good neighbor and cherished a multitude of friends. Maxine loved children.

Blessed be her memory.
To order memorial trees or send flowers to the family in memory of Maxine Knudson, please visit our flower store.