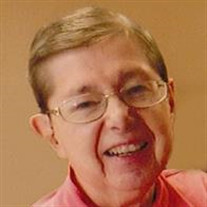 Mary Law, 72, of Redwood Falls and formerly of Morgan died Tuesday, March 31, 2015 at Redwood Area Hospital. Funeral services will be held at 10:30 a.m. on Wednesday, April 8, 2015 from the United Methodist Church in Morgan with burial to follow in the Morgan City Cemetery. Visitation will be held at the church on Wednesday, from 9:30 until 10:30 a.m.

Arrangements are pending with Nelson-Hillestad Funeral Service of Morgan. E-mail condolences may be sent via www.nelson-hillestad.com .

Mary Jo Law, the daughter of Lyle and Olive (Vruwink) Law, was born December 15, 1942 in Osceola, Wisconsin. When Mary was 2-1/2 years old, she and her family relocated to Morgan. Mary received her elementary and high school education in Morgan Public Schools, graduating from Morgan High School in 1960. She then attended Mankato Commercial College.

For many years, Mary was a volunteer in the fourth grade classroom at Morgan Public School. She also enjoyed assisting with sing-a-longs and Bingo at Gil-Mor Manor in Morgan. Mary enjoyed vacationing with family – especially with her parents in Arizona during the winter months. She looked forward to summer camp at Camp Courage every year. Mary faithfully wrote in her daily diary for many years. Watching her nephews and niece and their children grow up, receiving pictures, and keeping informed of their lives was very important to her. Mary also liked playing card games, board games and Bingo, as well as watching Wheel of Fortune.

She is survived by her brother and sister-in-law Janard and Gwen Law of Coon Rapids; nephews Jason (Cheri) Law of Andover, and Ryan (Terri) Law of Apple Valley; niece Angela (Brad) Johnson of Champlin; great-nephews Kyle and Drew Law, Owen Johnson, and Evan Law; and great-nieces Brianna Law, Morgan Johnson, and Alexis Law. Mary was preceded in death by her parents.

Blessed be her memory.
To order memorial trees or send flowers to the family in memory of Mary Jo Law, please visit our flower store.