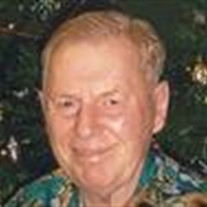 The family requests memorials be directed to Season’s hospice in Redwood Falls.

He was a member of St. John Lutheran Church in Redwood Falls. Church and prayers were very important to Marvin. He enjoyed listening to the radio, music and bowling, but he loved gardening and farming. Marvin moved to New Ulm in 1988 where he was employed with Kraft Foods. He enjoyed going out to eat with his friends and family. In September 2006, Marvin had heart surgery and, as he was in failing health, then resided in the adult care home in Fairfax. He continued his employment at Kraft Foods until his retirement in 2013.

Blessed be his memory.
To order memorial trees or send flowers to the family in memory of Marvin William Willhite, please visit our flower store.