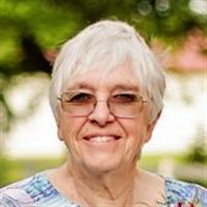 Lois LaMae Kirschstein, the daughter of Carl and Kathryn (Carr) Wilstermann, was born April 26, 1935 in Sleepy Eye. She grew up in the Morgan area and received her elementary education in Morgan. Lois graduated from St. Peter High School in 1953.

On June 21, 1953, Lois married Elmer Kirschstein in St. Peter. They lived and farmed in rural Morgan where they raised their family. Elmer preceded her in death. On October 14, 1990, Lois married Wallace Kirschstein. They made their home in rural Sanborn and, in 2000, moved to rural Morgan. Lois was first and foremost a loving wife, mother and homemaker who cherished her grandchildren and great-grandchildren. She also served as an exchange student coordinator and was a part of the Morgan Community Players. Lois was a devoted member of the Morgan United Methodist Church where she served as organist and held many positions within the church. In her spare time, Lois enjoyed quilting, camping, traveling, square dancing, playing piano, and sewing. She enjoyed hosting foreign exchange students and serving as an accompanist for high school music contests.

Blessed be her memory.
To order memorial trees or send flowers to the family in memory of Lois Mae Kirschstein, please visit our flower store.