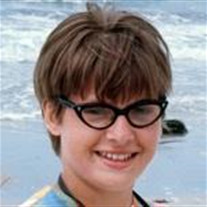 Linda Marie (Welter) Nazimuddin, 64, of Tomball, Texas died Sunday, August 23, 2015, after suffering a heart attack. A Memorial Mass will be held at 2 p.m. on Friday, September 11, 2015 from St. Michael’s Catholic Church in Morgan. Visitation will be held at the church from 1 until 2 pm. Cake, coffee, and juice will be served after Mass. Those who have photographs of Linda are encouraged to bring them to share on a photo board.

Local arrangements are with Nelson-Hillestad Funeral Service of Morgan. E-mail condolences may be sent via www.nelson-hillestad.com .

Linda was born on April 12, 1951, to Harold Peter and Margaret Mary (Tauer) Welter in Brown County, Minnesota. She graduated from Morgan High School in 1969. She later spent time in the Peace Corps, sparking a lifelong love of travel. She married Khevaja Nazimuddin on July 13, 1973.

Linda was a nurse by both passion and profession. She earned a Bachelor of Science degree (social science) at Winona State College, a Bachelor of Science in Nursing degree at Mercy College in Detroit, and a Master of Science in Hospital Administration degree at the University of Houston. She also was certified in critical care nursing (CCRN) by the American Association of Critical Nurses, was a certified respiratory therapist (CRT), and a registered respiratory therapist (RT) by the American Association of Respiratory Therapists.

Linda was an unwavering lover of animals, especially Golden Retrievers and horses. She also took enjoyment from the occasional margarita.

Linda was an active participant in the Catholic Daughters of America chapter at St. Anne Catholic Church (Tomball, TX). She coordinated efforts to honor church members’ relatives serving in the U. S. Armed Forces. She also assisted Boy Scouts in earning their Catholic religious emblem. For these efforts, the Boy Scouts of America Catholic Committee honored her with its St. George Emblem, and the Catholic Office of Youth Ministry did likewise with its Bronze Pelican medal.

Linda is survived by her husband, Khevaja; and her siblings Leonard Welter of Kailua Kona, Hawaii, Joan Vorpahl of Santa Monica, California, Gary Welter of Morgan, and Glenn Welter of Morgan.
To order memorial trees or send flowers to the family in memory of Linda Marie Welter, please visit our flower store.