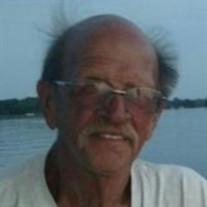 Kenneth “Kenny” Arnold Beran, son of Virgil and Myrtle Beran was born January 19th, 1949. He grew up in Clements, Minnesota.

As a child, Kenny loved being outdoors with his siblings Donald and Vernon Beran. He was a very energetic, rebellious and a fun loving kid. He fell in love with fishing, guns and fireworks. As a teenager, he and friends enjoyed what any other kids do now days, for example bottle rocket wars. His generation was the beginning to many memories and stories of what kids do these days. Not only was he an outdoors kid, you could always find him watching every new and old episode of “The Lone Ranger”. This was just the beginning for his love of this show.

May 30th, 1975 Kenneth married the love of his life, Bonnie (Pettis) Beran. As their journey began as a married couple, they gave birth to their first child, Eric Beran and later giving Eric a sister, Heather Beran. Kenneth worked with his family starting as Beran and Sons Construction. Over the years, the brothers had separated and wanted to build their own construction companies to run with their own sons. Kenneth is the founder of E & K Construction, running the company with his wife and son.

As a father to his children, there were no bad times. He lived every moment to the fullest and wanted his children to do the same. He showed them love, respect and a mood enhancer. Not a day goes by you wouldn’t hear him say a smart remark. He was a very sarcastic man, always leaving people with laughter and smiles.

As his children grew up, they brought some of the most cherishable moments to his life. Starting with the first two grandsons, Dylan Ulferts and Austin Beran. They loved adventures to the lake, fishing on the docks and floating through the waters. But this wasn’t enough, a few years later, Heather and Eric both brought into the world two wonderful daughters, Makayla Messer and Sidney Beran. Making Kenny, grandpa to four grandchildren. He continued to share his love for fishing, teaching us all that he knew. Consisting of the best fishing spot, times, lures, bait, line and poles. Lastly our famous 8 ball, Mikey Messer came into this crazy world. This didn’t stop the family business, in fact it grew. At some point all of the grandchildren had worked in the summers, whether it was shingling, siding, gutters, or an entire house. His knowledge from his father was passed on through his entire family. His children and grandchildren will always have that part of him.

Kenneth Arnold Beran will always be known for his love of “The Lone Ranger”, fishing, and his hard work with building his own family business. Allowing his son to pass on his knowledge to his own children, niece and nephews. He will be known for his smart remarks, sarcasm and loving personality. He was truly a walking, living, optimistic man.

As Kenneth’s life was coming to an end, he knew he had passed on his knowledge and encouragement to his family. He had touched so many people’s hearts and has benefited people all around him.

Blessed be his memory.
To order memorial trees or send flowers to the family in memory of Kenneth "Kenny" Beran, please visit our flower store.