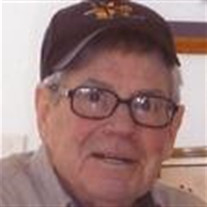 John Charles Simmons, the son of Joseph and Beatrice (McFarland) Simmons, was born February 12, 1948 in New Ulm. He grew up on the family farm near Morton and received his formal education in Morton Public School, graduating in 1966.

On April 26, 1967, John was inducted into the United States Army and served in Vietnam with the 52nd Battalion, Company D. Following his honorable discharge on March 4, 1969, John returned to the Morton area.

On June 28, 1969, John married Mary McCauley and they lived in Minneapolis before moving to Alpha while John attended the electrician program at Jackson Vocational-Technical school. They lived in Young America, where John worked as an electrician, before moving to Redwood Falls where he started his own business – Simmons Electric. He operated Simmons Electric in Redwood Falls for 34 years then, around the year 2000, he and Mary moved the business to Morton.

John was a member of St. John’s Catholic Church. He also belonged to the V.F.W. where he served as commander, and the American Legion. John liked to work, but he did manage to find time to do a little hunting and help run the family estate. He enjoyed wildlife and was very interested in wildlife preservation.

He was preceded in death by his parents; brothers Tom, Peter, and Ed Simmons; and sisters Ann Simmons and Ellie Poss.

Blessed be his memory.
To order memorial trees or send flowers to the family in memory of John "Sparky" Simmons, please visit our flower store.