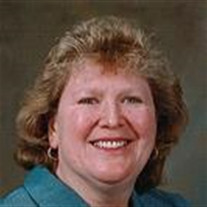 Jo Ann Dehncke, 68, of Morton died Friday, November 18, 2016 as the result of a motor vehicle accident near Morton. Funeral services will be held at 10 a.m. on Saturday, November 26, 2016 from Cornerstone Christian Church in Redwood Falls with burial to follow in the Redwood Falls Cemetery. Visitation will be held at Cornerstone Christian Church on Friday, November 25, 2016, from 4 until 8 p.m., with a prayer service to follow. Visitation will continue on Saturday, from 9 until 10 a.m., at the church.

The family prefers memorials be directed to the American Cancer Society, and encourages friends and relatives to wear “Vikings Purple” on Friday night.

On August 6, 1966, Jo Ann married Robert “Bob” Dehncke and they made their home in Morton where they raised their family. Jo Ann was employed by Control Data/Zytec/Artesyn for much of her adult life, entering the field of insurance sales in the 1990s. Jo Ann was an independent pre-need consultant and worked primarily with Nelson-Hillestad Funeral Home. She was a member of Cornerstone Christian Church.

Faith, family, football, friends, and Relay For Life were of most importance to Jo Ann, but not necessarily in that order – it depended upon the day of the week. Jo Ann loved her Lord and was very active in her church, serving in many volunteer capacities. She was devoted to her family and spent as much time as possible with them. Jo Ann was a surrogate mom and grandma to many and she rarely missed a school or church program involving her grandchildren. To say she was an avid Minnesota Vikings fan would be a bit of an understatement. Jo Ann did not miss a game and followed the team nearly religiously. Purple (Vikings purple, that is) was her favorite color. Jo Ann was a dear friend to many and was always so willing to help however needed. She always had a word of encouragement, a smile, and a hug to share. Jo Ann was passionate about Relay For Life and formed The Bobbers team in memory of her husband. She organized the annual Dancing with the Stars Relay For Life fundraiser and spent countless hours making the project an eagerly anticipated community event.

She was preceded in death by her parents; her husband Bob on November 16, 2002; her brothers Pat, George, and Dick; and sisters Kathryn Jean, Josephine, Kathy, and Betty.

Skol Vikings!
To order memorial trees or send flowers to the family in memory of Jo Ann Dehncke, please visit our flower store.