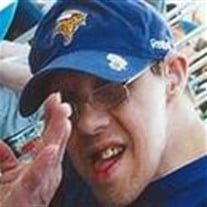 Jeffrey Filzen, 66, of Marshall and formerly of Redwood Falls, died Saturday, August 5, 2017 at his home. Mass of Christian Burial will be held at 10:30 a.m. on Friday, August 11, 2017 from St. Catherine’s Catholic Church in Redwood Falls with burial to follow in St. Mary’s Catholic Cemetery, Bechyn. Visitation will be held Friday, from 9:30 until 10:30 a.m., at the church.

Jeffrey Donald Filzen, the son of Donald and Rita (Schneider) Filzen, was born May 24, 1951 in Springfield. He was employed at Service Enterprises, Inc. (SEI) where he operated an automatic nailer. Jeff retired from SEI in 2003 after 30 years on the job. Jeff enjoyed the Minnesota Vikings and Minnesota Twins – and particularly enjoyed a large bowl of ice cream.

He is a member of St. Catherine’s Catholic Church in Redwood Falls.

He was preceded in death by his father Donald Filzen in 1985; his grandparents Erwin and Mathilda Filzen, and Henry and Anna Schneider; brother-in-law Walter Glazier; niece Tammy (Filzen) Bergstrom; and numerous aunts and uncles.

Blessed be his memory.
To order memorial trees or send flowers to the family in memory of Jeffrey Filzen, please visit our flower store.