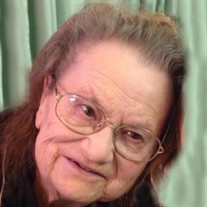 Jane Lucille Wyffels, the daughter of Andrew and Susie (Gebers) Petersen, was born February 16, 1929 in Walnut Grove. She grew up in Hubbard County and received her formal education at Park Rapids Public School.

On February 26, 1946, Jane married Richard Wyffels in Brookings, South Dakota. The couple lived in Marshall until moving to Redwood Falls in 1956 where they owned and operated Wyffels Dairy Sales and Service. Jane was a member of First United Methodist Church in Redwood Falls.

Blessed be her memory.
To order memorial trees or send flowers to the family in memory of Jane Lucille Wyffels, please visit our flower store.