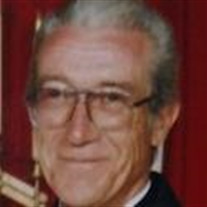 James Ralph Mann, the son of Ralph and Lois (Lechner) Mann, was born November 9, 1939 in Redwood Falls. Jim lived in the Redwood Falls area his entire life and graduated from Redwood Falls High school in 1957. He was employed as a truck driver for Larry Schefus Trucking. In his spare time Jim enjoyed hunting and fishing, gardening and bird watching. He loved spending time with his grandchildren, his dog, and his cat.

Blessed be his memory.
To order memorial trees or send flowers to the family in memory of James "Jim" Ralph Mann, please visit our flower store.