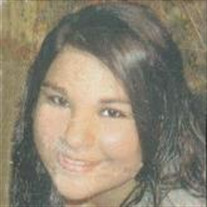 Jaclyn Marie Staley, the daughter of Forrest “Twig” and Catherine (Michel) Leith, was born January 22, 1992 in Eden Prairie. She was baptized at Gethsemane Lutheran Church in Hopkins and lived in Eden Prairie until moving with her parents to Redwood Falls in 2000. Following the death of her mother in 2005, Jaclyn moved to East Bethel and lived with her aunt Lisa, uncle Todd, and cousins Kaitlyn and Jacob. She was confirmed at Our Saviors Lutheran Church in East Bethel and attended St. Francis High School in St. Francis where she graduated in 2010. Jaclyn enjoyed hanging out with her friends, snowmobiling, and supporting her cousins as they raced Junior Dragsters. She moved back to Redwood Falls in 2010 and was employed by Jackpot Junction Casino Hotel at the front desk.

On September 20, 2012, Jaclyn married Dillon Staley and they made their home in Redwood Falls. Their son, Leroy Jeff Staley was born in September 2012. She cherished her husband and son and looked forward to making the house – which they purchased in Redwood Falls in January 2014 – a home.

Jaclyn was a very determined person who knew what she wanted in life and was not afraid to pursue her goals. In her last hours of her young life, when she knew her time in this world was ending, she decided that she wanted to leave this world on her terms. With her husband at her side, and with the utmost grace and dignity, Jaclyn was at peace with her decision. An amazing young woman has now become a truly amazing angel.

Blessed be her memory.
To order memorial trees or send flowers to the family in memory of Jaclyn Marie Staley, please visit our flower store.