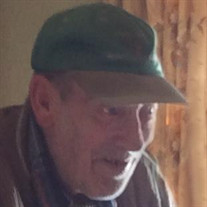 Harl Richard Burdick, the son of Clark and Clara (Schultz) Burdick, was born February 5, 1934 in North Redwood. He grew up in Redwood Falls and North Redwood and received his formal education in the North Redwood school. He and his brother, Maynard, lived on a little farm site near the Minnesota and Redwood rivers where Harl farmed. They enjoyed watching wild turkeys come right up to the house and eagles land in the field nearby, as well as listening to coyotes howl in the evening.

Harl was a craftsman. He made over 50 gun stocks, his own bows and arrows, and also built his own four-wheeler, snowblower, and various other power equipment items. Harl was an avid hunter, and particularly enjoyed bow hunting. He butchered all his own meat and canned the produce that he and Maynard grew their garden. Harl was very self-sufficient and rarely found a good reason to leave the farm.

He is survived by his brother Gordon Burdick of Hector; and his sisters Sandra (Larry) Boyum of Fairfax, and Sharon (Stanley) Smith of Murdock. He was preceded in death by his parents; his brothers Marfred, Donald, and Maynard; and his sisters Ruby Reddig and Alice Johnson.

Blessed be his memory.
To order memorial trees or send flowers to the family in memory of Harl Burdick, please visit our flower store.