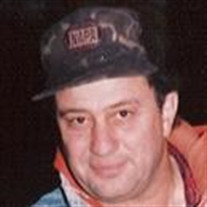 Gordon Albert Kahnke, the son of Joseph Albert and Hildagard (Jaksch) Kahnke, was born November 24, 1938 in Delhi Township, Redwood County. He grew up on the family farm in Delhi Township and received his formal education in District 53 rural school and Redwood Falls Public School. Gordon, and his older brother Joe, operated the family farms from 1956 until 1980. From 1969 until 1980, Joe and Gordon operated Kahnke Brothers where they farmed and also rebuilt trucks for sugar beet hauling, including lengthening frames, tag axels, hoists, and building boxes. During this time, Gordon also hauled for Green Giant and, in his spare time, built guns. In 1980, Gordon moved into Redwood Falls and continued to haul beets. He started Kahnke Gun Works in 1982, manufacturing Black Powder pistols and rifles – which he sold nation-wide.

Gordon served in the Minnesota National Guard for four years. He belonged to St. Catherine’s Catholic Church and was a member of the National Rifle Association. In August 2012, he became a resident at Wood Dale Home.

Blessed be his memory.
To order memorial trees or send flowers to the family in memory of Gordon Kahnke, please visit our flower store.