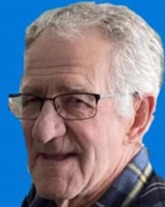 Gary Clare Hammerschmidt, 80, of Morgan passed away Thursday, July 7, 2022, at home, surrounded by family. A Graveside Service will be held at 10:30 a.m. on Wednesday, July 13, 2022, at the Lamberton City Cemetery in Lamberton, Minnesota with full military honors. A visitation will be held from 4:00 until 8:00 p.m. on Tuesday, July 12, 2022, at Nelson-Hillestad Funeral Home in Morgan.

Gary, the son of Paul and Sylvia (Bellig) Hammerschmidt, was born on August 14, 1941, in Redwood County, Minnesota. He attended grade school in Wabasso, graduating in 1959 from Saint Anne’s Catholic School. On July 2, 1966, Gary married Shirley Pieske at St. Joseph’s in Lamberton, Minnesota. Gary was a truck driver for Redwood City Highway Department, Harvestland, and Steinhaus Trucking. He also bartended at the Morgan Liquor Store and was also the owner of Hammers Eat-N-Inn in Morgan, MN. Gary retired in 2003, moving to Gilfillan Estate, as the caretaker.

He loved spending time with his children, grandchildren, and great-grandchildren, as they were his pride and joy! Gary also enjoyed playing cards, gardening, fishing, and deer hunting. He was always working on something – as he built replica trailers, bird houses, wishing wells, and flower carts. Gary used his creativity to his full potential, by solving problems or coming up with new ideas. He was particularly proud to have restored a 1944-A John Deere and often took family and friends for rides, pulling a hay rack. He was a member of Friends of Gilfillan, the Two-Cylinder Club, and of the MN Army National Guard.

He was preceded in death by his parents, Paul and Sylvia Hammerschmidt; parents-in-law, Glennard and Lorraine; daughter, Tracey; brother, Mark; sister-in-law, Marilyn; and 2 great-grandchildren.

Blessed be his memory.
To order memorial trees or send flowers to the family in memory of Gary C. Hammerschmidt, please visit our flower store.