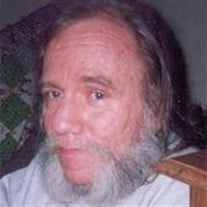 Arrangements are with Nelson-Hillestad Funeral Service of Redwood Falls. E-mail condolences may be sent via www.nelsonhillestad.com .

Gary Lee Eischens, the son of Ben and Delphia “Mickey” Eischens, was born January 21, 1947. He was baptized and confirmed in the Catholic faith. Gary grew up in Redwood Falls and received his formal education in Redwood Falls schools. Following high school, he attended St. Cloud College.

Gary moved to the Twin Cities where he met and married Norlene Sworski; they have one son, Christian. Gary worked in Minneapolis his entire adult life and recently retired from Lakeland Envelope Company. He enjoyed genealogy and tracing his family’s roots. Gary loved pranking people. He also enjoyed antique and classic cars, collecting coins and listening to music – especially the “oldies” and particularly Elvis. Most of all, Gary loved his family and friends.

He is survived by his loving wife of 38 years, Norlene; and son Christian (Diana) Eischens. Also surviving are his grandchildren Kelsey, C.J., and Bryn; great-grandchildren; Jamie and Mason; and siblings Ricky (Dede), Cheri Hansen, Davey, and Mary (Ted) Visser; and many nieces and nephews.

Gary was preceded in death by his parents Ben and Delphia Eischens; and niece Jamie Hansen.

Blessed be his memory.
To order memorial trees or send flowers to the family in memory of Gary Lee Eischens, please visit our flower store.