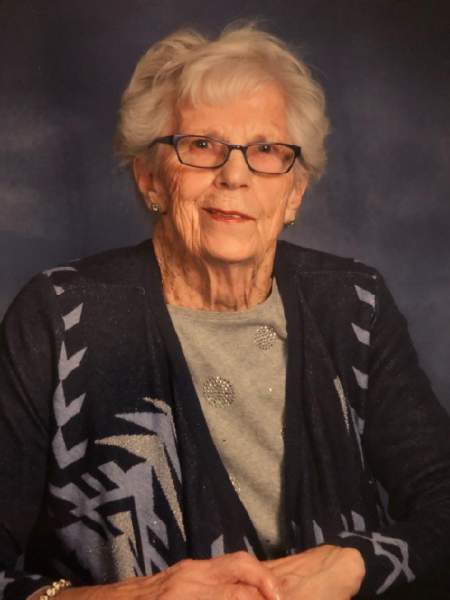 Arrangements are with Nelson-Hillestad Funeral and Cremation Service of Morgan. Condolences may be sent via www.nelson-hillestad.com.

Evelyn June Mohrman was born to Gus and Louise (Messner) Mohrman on February 22, 1933. She grew up on the family farm near Morris, MN. She was twelfth child born of 14 children. Evelyn married Norman Zimmer on June 19, 1955, and they lived on the family farm near Danube, MN. Together they raised five children: Randy, Barbara, Wayne, Harley and Robert.

Norman and Evelyn moved to Morton and Evelyn took classes to become a nurse's aide at the Redwood Falls hospital where she worked for several years. Evelyn had a passion for helping people who were sick and helped in their recovery. She even worked a double-shift to stay with a young boy who had developed spinal meningitis and nursed him to health through the night. Norman and Evelyn later moved to Le Sueur where Evelyn had her own cleaning business and met some very good friends. Evelyn then moved to Mora and remained there until entering Gil-Mor Manor in 2019.

The biggest joy in Evelyn's life were her children and grandchildren. Grandchildren Jason and Katie (Randy's); Krista and Ryan (Wayne's); and Miranda and Justin (Robert's). Evelyn would clear her schedule and focus on the grandchildren when they would come and stay with her. She would take them swimming, to the park and let them eat whatever they wanted. She even took them on helicopter rides at the Le Sueur City Celebration!

Evelyn was overjoyed to welcome Great Grandchildren Ava, Addyson, and Averlee Zimmer (Jason's) plus Alexis and Gavin Hunter (Katie's).  Evelyn loved seeing them when they came to visit her in the nursing home. She would watch their activity and have a big smile on her face.

Evelyn was always very active. She loved being outside and would walk a lot in the summertime. She was active in the various churches she attended over the years. Evelyn had a heart to always help someone in need.

The most important trait to remember about Evelyn is that she always had a hunger for the Lord and wanted to do right in His sight.  We rejoice that she is with Him and is whole, rejoicing in Him and no longer in pain.

To order memorial trees or send flowers to the family in memory of Evelyn Zimmer, please visit our flower store.