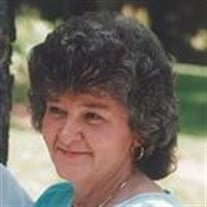 Elizabeth Dell Caneff, the daughter of Edward Raymond and Helen Evelyn (Butterfield) Murphy, was born October 5, 1944 in Cedar Rapids, Iowa. She grew up in Cedar Rapids and received her formal education there.

On September 9, 1963, Liz married Lawrence Caneff in Rochester and they made their home in Waterloo, Iowa. In 1966, they moved to Hastings and resided there until moving to Morgan in 2004. Liz worked as an aide at Bethesda Hospital in 1960s and 1970s. She was later employed as a home health aide for 25 years. She retired in 2004.

Blessed be her memory.
To order memorial trees or send flowers to the family in memory of Elizabeth Dell Caneff, please visit our flower store.