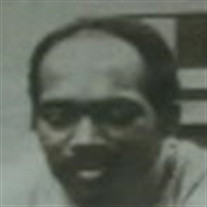 Edgar R. Coleman was born February 22, 1943 in St. Louis, Missouri to proud parents Elijah and Azalee (Fonzer) Coleman. Edgar was the sixth of 10 children and the oldest boy. He was nicknamed “Buckwheat.” Edgar was an entrepreneur; at a young age he established his paper route in Pruitt-Igoe. Edgar matriculated in the St. Louis Public School system. He left St. Louis in 1960 and joined the Marine Corps. He furthered his education at San Pedro High School in San Pedro, California, then at Parson College in Fairfield, Iowa and finally graduate school at the University of Minnesota.

Edgar was an accomplished athlete. He received a football scholarship to Parson College and, after graduating from Parson, Edgar signed on with the Minnesota Vikings as a free agent. Football was his love; golf was his passion – which started at a very young age as he caddied at Forest Park Golf Club. Edgar was a self-taught saxophone and trumpet player. He also had an interest in photography and developed his own photos. Edgar’s vivid imagination led him to create the character “Johnny 2 Tight,” a story giving insight to a black child’s life in the ghetto. Following his football career, Edgar taught in the Minnesota Public School system for several years and also taught at Macalester College in St. Paul. Edgar was married once; there were no children born to this union.

“Edgar, we will be forever grateful. Your personality was bright as a ray of sunshine. Your wonderful smile, your forever joy, your love touched us all. The wonderful memories you have blessed us with are timeless. Today we will bow our heads in praise, not sorrow; we will cry tears of joy, not sadness. For you have left the glow of a beautiful sunset in our hearts. Big brother, your presence will be with us always.”
To order memorial trees or send flowers to the family in memory of Edgar R Coleman, please visit our flower store.