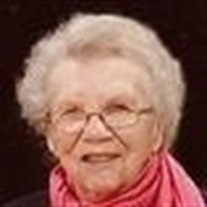 Donna Carity, 83, of Morton and formerly of Redwood Falls, died Sunday, August 7, 2016 at Wood Dale Home. Mass of Christian Burial will be held at 11 a.m. on Thursday, August 11, 2016 from St. Catherine’s Catholic Church in Redwood Falls, with inurnment to be held at a later date in the church cemetery. Visitation will be held Thursday, from 10 until 11 a.m., at the church.

Donna Mae Carity, the daughter of Frederick and Alida (Agre) Bratsch, was born May 29, 1933 in Renville County. She spent her youngest years in Renville and received her elementary education there. The family then moved to Sacred Heart where Donna attended high school.

Donna was a member of St. Catherine’s Catholic Church. She worked at Jackpot Junction for a short time but, primarily was a homemaker and farmwife. Donna enjoyed fishing, hunting and being with Harry. She took lots of pictures. Donna enjoyed going for drives and going out to eat, especially to Taco Johns. She loved her coffee – particularly egg coffee.

Blessed be her memory.
To order memorial trees or send flowers to the family in memory of Donna Mae Carity, please visit our flower store.