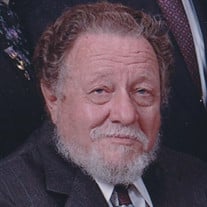 Donald Clarence Lueck, the son of Gustav and Anna (Kurtz) Lueck was born July 8, 1928 in Flora Township, Renville County, Minnesota. He grew up on the family farm on the north edge of the Minnesota River Valley and received his formal education in the Middle Creek country school. Don was baptized and confirmed in the Middle Creek Evangelical United Brethren Church. As a young man, he worked on the farm and helped his father and grandfather with their sawmill. At age 16, Don enlisted in the United States Navy. He spent the next four years working in the new field of electronics, including the development of the Navy’s super computer, which at that time could do very basic math – slowly – and was the size of a two-story house.

Following his honorable discharge, Don returned to Redwood Falls and finished his formal education in Redwood Falls High School, graduating with the Class of 1950. While in high school he belonged to the science club and the student council.

On August 28, 1951, Don married Helen Johnson in Lamberton and they settled on Second Street in Redwood Falls where they raised their four children. Don worked as a salesman for Ford and Wood &Conn, a mechanic for Kahnke Brothers and later as the engineer at Blackburn in Olivia and Sunrise Plastics in Blaine. He also ran a custom lawn spraying business for decades, keeping all the dandelions in the Redwood area at bay. Don retired, at age 65, from Sunrise Plastics.

He was very proud of his German heritage and, as an adult, had decided upon his own nickname: Wolfgang. From that day on he was “Wolfie” to his kids and, later, grandchildren!

Never being one to buy it if he could build it, Don did all the remodeling in their home, built swings and gliders for the yard and even a pontoon. He was one of the founders of the Minnesota Inventors Congress and an exhibitor, winning a medal for the Soybean Roaster he invented. Don taught all his children to water ski and they spent every summer evening skiing on Lake Redwood. Don and Helen loved to travel and took the family on many adventures with their pop-up camper in tow. In their later years, they spent summers at The Olde Mill on Green Lake, in between trips all over the lower 48 states and into Canada.

He was a life-long scholar. Don enjoyed reading and doing crossword puzzles – in ink. He was fascinated by languages and would converse in German and Swahili. Don loved to entertain his grandchildren by reciting “Jabberwocky,” by Lewis Carroll, in its entirety. He enjoyed music – particularly classical – and played the piano by ear. In his retirement, Don enjoyed riding his bicycle. He had a 10-mile daily route through North Redwood and Ramsey Park.

Blessed be his memory.
To order memorial trees or send flowers to the family in memory of Donald "Wolfie" Lueck, please visit our flower store.