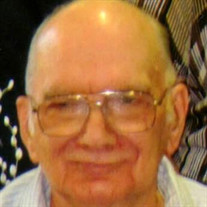 Donald Paul Koblin was born August 1, 1931 in Sherman Township, Redwood County, Minnesota to Emil and Martha (Petrich) Koblin. He was baptized and confirmed in the Morgan Methodist Church where he was a lifelong member. Don attended District 73 school in Sherman Township and graduated from Morgan High School in 1949. He worked for Larson Dray Line and Rogers Garage and began farming in 1951 where he lived until entering GilMor Manor Assisted Living in 2011 before entering the nursing home.

Don enjoyed watching the Minnesota Twins, going to Florida with Elmer Bendixen for spring training, and watching the Minnesota Lynx. He also enjoyed watching the History and Discovery channels on TV, listening to old time country western music and the Peter and Paul Wendinger band. Fishing was something he did as a hobby and had a special love of dogs, especially ”Lady” his companion. Family was very important to Don, spending time with his sisters and their husbands as well as his nieces and nephews. He was a faithful reader of the Minneapolis Star and Tribune.

He was preceded in death by his parents, Emil and Martha Koblin, his sister and brother-in-law Ruth and Bruce Green, a grand nephew Derek Marx and his faithful friend “Lady”.

Blessed be his memory.
To order memorial trees or send flowers to the family in memory of Donald Koblin, please visit our flower store.