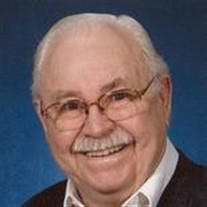 Donald George Gustafson grew up in Fairfax and served his country with the United States Navy during World War II. Don served aboard the USS Walker, USS Springfield, and the USS North Carolina BB55. He was on the USS North Carolina, adjacent to the USS Missouri, in Tokyo Bay at the signing of the surrender of Japan to end the war.

He married Ruby Spiering in 1974 and they resided in Fairfax and Redwood Falls. Don and Ruby raised their five children in Redwood Falls. Don was a businessman in the community. He enjoyed cabin life, hunting and fishing, gardening and woodworking.

Blessed be his memory.
To order memorial trees or send flowers to the family in memory of Donald Gustafson, please visit our flower store.