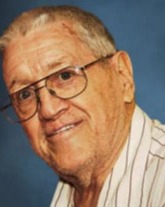 Donald Edward Dehncke Sr., 88, of Morton died Friday, June 24, 2022 at River Valley Health and Rehabilitation in Redwood Falls. Memorial Services will be held from 2:00 until 5:00 p.m. on Saturday, August 13, 2022 at Nelson-Hillestad Funeral Home in Redwood Falls with burial to follow in the Morton City Cemetery.

Donald, the son of William and Mildred (Wilhite) Dehncke, was born on February 12, 1934, in Redwood Falls, Minnesota. He attended grade school in Redwood Falls and was employed as a laborer for 40+ years, retiring in 1989. On April 29, 1962, Donald married Mary Jane in Brookings, South Dakota. They lived together in Morton and attended Corner Stone Church in Redwood Falls. Donald enjoyed racing on the Redwood race track, for many years.

He was preceded in death by his wife, Mary Jane Dehncke; his son; two daughters; five brothers; and three sisters.

Blessed be his memory.
To order memorial trees or send flowers to the family in memory of Donald E. Dehncke Sr., please visit our flower store.