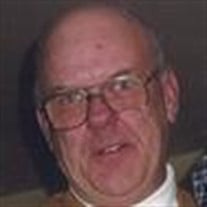 Denis M. Seidl, the son of Edward and Enid (Shannon) Seidl, was born November 10, 1943 in Walker. He grew up in Morgan where he received his elementary education in St. Michael’s Catholic School and graduated from Morgan High School in 1961.

On June 23, 1973, Denis married Janice Fenske at Zion Lutheran Church and they made their home in Morgan. Denis worked at Tempel’s grocery store until 1973. At that time he opened his own dairy business, and delivered dairy products to customers in town and in the country. Denis then worked at Morgan’s Super Valu in Redwood Falls until his retirement. He was a member of St. Michael’s Catholic Church in Morgan and a retired member of the Morgan Fire and Ambulance Association.

He was preceded in death by his parents.

Blessed be his memory.
To order memorial trees or send flowers to the family in memory of Denis M Seidl, please visit our flower store.