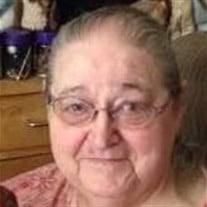 Delores married Herman Scheer and they made their home in North Redwood. He preceded her in death in 1983.

She was preceded in death by her husband Herman, brother Billy Pratt, and sister Janice Gullickson.

Blessed be her memory.
To order memorial trees or send flowers to the family in memory of Delores Scheer, please visit our flower store.