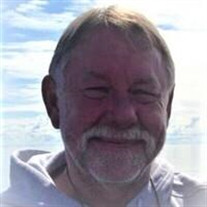 David Charles Gores, 70, of Sycamore, IL and formerly of Morgan, MN passed away on February 25, 2021 in Sycamore, IL after a short, but hard-fought fight with cancer. A Graveside Service will be held at 10:30 am on Saturday, July 10, 2021 from Morton City Cemetery in Morton, MN

In early January, Dave was diagnosed with Stage 4 lung cancer. He was both private and very selfless, not wanting others to worry about him. He was on a treatment path, and his passing happened much quicker than any expected. Praising God that he is no longer struggling and suffering through this battle, family and friends still grieve the loss of an amazing man.

Dave was born in Redwood Falls, Minnesota and raised in Morgan, MN by his adoptive parents Carl & Louise Gores. As a boy, he formed an admirable and unique resilience, fortitude, and work ethic. Diligently working in a variety of fields as a young adult, he was in the constant pursuit of skills and abilities to make the world a better place. His love of country and others was demonstrated early in life through his service as a Minnesota First Responder.

Smitten with a beautiful young lady, whom he took on their first date to the Gibbon (MN) Ballroom, he later married Jean Ann Robinson of Morton, MN. Starting their life together in Olivia, MN, they later moved to Indianapolis, IN for their work with DeKalb Genetics. Dave’s deep loyalty was demonstrated by further commitment to DeKalb Genetics as they relocated to Sycamore, IL and then St. Louis, MO to finish a three-decade career and commitment to the company that later became Monsanto. He and Jean returned to Sycamore in retirement.

Dave held a deep, though quiet, faith; was an irrationally selfless giver; and a steadfast teddy-bear-like personality. He had a unique ability to be both a compassionate encourager and inspiring challenger so that others would rise up to their highest potential. He loved the game of golf and while he loved the Minnesota Vikings, he was perennially aggravated that their record didn’t seem to love him back. In his retirement, his unquenchable passion for knowledge kept him on top of current events and news, but he found his greatest joy in being a loving grandfather whose chocolate chip cookies and sense of humor will be sorely missed.

He is survived by his wife Jean (Robinson), daughter Robyn (Kevin) White, and granddaughters Rayna, Elliana, and Adelina (all of Sycamore) and many other beloved extended family members.

Though rather private, Dave carried a larger-than-life soul that will not be forgotten by those fortunate enough to know him. While the trunk of his family tree grew the most in Sycamore, IL; his roots run deep through southwest Minnesota, where his cremains will be buried on July 10.
To order memorial trees or send flowers to the family in memory of David Charles Gores, please visit our flower store.