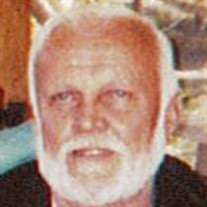 Craig Golden, 71, of Morgan died Thursday, February 25, 2016 at Park Nicollet Methodist Hospital in St. Louis Park. Funeral services will be held at 2 p.m. on Wednesday, March 2, 2016 from Nelson-Hillestad Funeral Home in Morgan. Burial, with full military honors, will follow in St. Michael’s Catholic Cemetery. Visitation will be held Wednesday, from 1 until 2 p.m., at the funeral home.

Craig Brenton Golden, the son of Harlan and Leona (Erickson) Golden, was born July 17, 1944 in Appleton.

He is survived by his wife, Claudia of Morgan; sons Craig Jr. and Cory, both of Arizona; four grandchildren; and his brother Doug.
To order memorial trees or send flowers to the family in memory of Craig Brenton Golden, please visit our flower store.