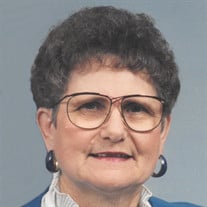 Celestine “Sally” Ahrens, age 90, of Windom, died on Wednesday, July 24, 2019 at the Windom Good Samaritan Society Home. Mass of Christian Burial will be held at 2 pm on Monday, July 29, 2019 at the St. Catherine’s Catholic Church in Redwood Falls, with burial to follow in the St. Catherine’s Catholic Cemetery in Redwood Falls. Visitation will be held on Monday, July 29, 2019 from 12:30 pm until time of services at 2 pm with Rosary to be held at 1:30 pm.

Celestine “Sally” Ahrens, the daughter of Frank and Katherine (Zetah) Kodet, was born on May 15, 1929 in Bechyn Township, Minnesota. She grew up on the family farm, attended country school through the 8th grade and graduated from Danube High School.

Sally married William “Woody” Ahrens on June 6, 1950, in Bechyn, Minnesota.
During their marriage they first lived near Bechyn, then moved to Springfield and to Morgan area before moving to Redwood Falls. In 1986 they moved to Franklin and in March of 2004 following the death of their son, Jerry, they moved to Windom, Minnesota, into the Windom Good Samaritan Society Home due to health reasons.

Blessed be her memory.
To order memorial trees or send flowers to the family in memory of Celestine "Sally" Ahrens, please visit our flower store.