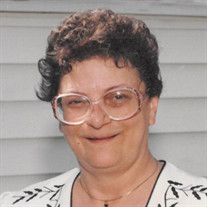 Carolyn Faye Christensen of Redwood Falls left this earthly world on Thursday, April 15th, 2021, she was 79 years old.
Arrangements are with Nelson-Hillestad Funeral and Cremation Services of Redwood Falls. E-mail condolences may be sent via www.nelson-hillestad.com .
Mom was born on the family farm near Lucan, Minnesota on October 4th, 1941. Mom attended Lucan elementary school and graduated from Russell High School in 1959.
Mom worked as a car hop at Tom's Drive in Marshall, where she met her future husband and our father, Donald P. Christensen. The story goes: father use to come in to buy a coke and would then come back to buy another coke. Mom said I think he was trying to talk to me! They were married in the English Lutheran Church of Marshall on April 7th, 1961. They moved to Redwood Falls after their children were born, where they worked and lived for the rest of their lives.
Mom is survived by sons; Steven (Shawna) Christensen, Tim Christensen, grandchildren; Dalton Hacker and Emma Lavely. Also, her sister Diane Berg and brother Gene (Janet) Pequin.
Mom was preceded in death by her parents, Arthur and Emma Pequin, husband, Don and siblings, Helen Sanders, Corrine Mohrman, Kenneth Pequin and Roy Pequin. Brother in law, Alan Berg.
Blessed be her memory.
To order memorial trees or send flowers to the family in memory of Carolyn Faye Christensen, please visit our flower store.