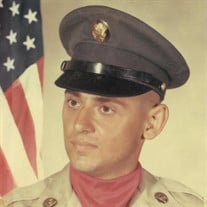 Burdett James Hutchinson, born June 23, 1948 in Springfield, Minnesota to Floyd and Louise (Granum) Hutchinson. Burdett graduated from Redwood Falls High School. He served in the Army from February 11, 1969 until February 16, 1971 in Vietnam. Burdett worked at Active Aid for 25 years, conducting powder coating. He retired from there in 2016. In his free time, he enjoyed mowing the lawn, farming, and playing video games, Grand Theft Auto in particular.

He was preceded in death by his parents, Floyd and Shirley Hutchinson; sister, Gloria Hutchinson; and sisters-in-law, Carol Hutchinson and June Hutchinson.

In his loving memory.
To order memorial trees or send flowers to the family in memory of Burdett J. Hutchinson, please visit our flower store.