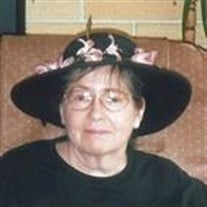 On September 30, 1961, Betty married Lyle Schefus and they made their home and raised their family in Redwood Falls. Betty was employed by Tersteegs and later did the bookkeeping for an over-the-road trucking business. Betty was a member of Gloria Dei Lutheran Church in Redwood Falls. She loved spending time with her family and friends – especially her grandchildren and her dog, Chance. Betty enjoyed watching old movies and westerns.

Betty was preceded in death by her husband Lyle in July 2010; her parents Leroy and Wilma; sister-in-law Julie Friedrick; and an infant brother Donald Bratsch.

Blessed be her memory.
To order memorial trees or send flowers to the family in memory of Betty Jean Schefus, please visit our flower store.