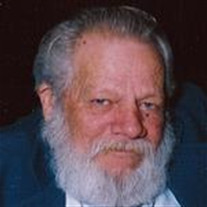 A Memorial Gathering for Andrew “Andy” Marsh will be held Saturday, April 29, 2017, from 3 until 5 p.m., at the Redwood Falls American Legion.

Andrew Fay Marsh, the son of Fay and Nina (Orton) Marsh, was born May 15, 1941 in Milbank, South Dakota. When he was a young child, Andy moved with his family to California and received his formal education in San Diego schools. On July 7, 1958 Andy was inducted into the United States Marine Corps and was stationed in San Diego. He was honorably discharged on March 28, 1962. Andy moved to Redwood Falls in the 1970s and was employed by Morton Buildings for 18 years. He later was employed by Bechyn Farms and then Clements Lumber. Andy also served as the police officer in Morton for a time. He enjoyed camping, family picnics, and building bird houses. Andy also liked visiting, farming, and bowling.

Andrew is survived by his special friend Jolene Krueger of Redwood Falls; sisters Viola Gray of Illinois, and Hazel (Richard) Demand of Michigan; and many nieces and nephews. He was preceded in death by his parents, and his brother Wayne.

Blessed be his memory.
To order memorial trees or send flowers to the family in memory of Andrew "Andy" Marsh, please visit our flower store.