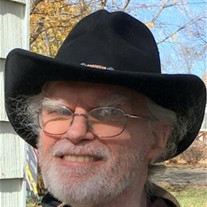 Wallace “Wally” Hess, 71, of Redwood Falls died Thursday, January 26, 2017 at his home. Funeral services will be held at 2 p.m. on Wednesday February 1, 2017 from Nelson-Hillestad Funeral Home in Redwood Falls. Burial, will military honors, will follow in the Redwood Falls Cemetery. Visitation will be held at the funeral home on Wednesday, February 1, 2017, from 1 until 2 p.m. Arrangements are with Nelson-Hillestad Funeral and Cremation Service of Redwood Falls. E-mail condolences may be sent via www.nelson-hillestad.com. Wallace Lee Hess, the son of C.L. “Slim” and Helen (Kaiser) Hess, was born April 28, 1945 in Redwood Falls. He grew up in Redwood Falls and received his formal education in Redwood Falls Public Schools. Wally graduated from Redwood Falls High School in the spring of 1963, and on November 26, 1963, was inducted into the United States Navy. Wally served our country during the Vietnam War and was honorably discharged on November 24, 1967. He returned to the Redwood Falls area and was employed in the manufacturing industry until his retirement in 2012. Wally married Diane Taylor in April 1970. She preceded him in death in July 2015. Wally is survived by his children Jeff Hess of Elk Point, South Dakota, Kathy (Brian) Barnes of Woodstock, Illinois, Melissa Hess of Redwood Falls, and Stephanie (Tony) Erwin of Leander, Texas; grandchildren Elizabeth and Conner Martin, Kaija Hess, and Nathan, Hannah, and Lydia Barnes; and great-grandchild Zander Solem. Also surviving are his siblings Charles Hess, Don Hess, Cecilia Hess, Linda Miller, Joanne McGowan, Patricia Olsen, and Gerry Hess. He was preceded in death by his parents, and his brothers Lynn Hess, Leroy Hess and Gary Hess. Blessed be his memory.

The family of Wallace "Wally" Hess created this Life Tributes page to make it easy to share your memories.

Send flowers to the Hess family.