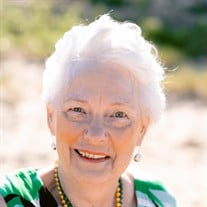 Shirley Okins-Kaehler, age 70, of Otsego, Minnesota, passed away on Thursday, August 12th, 2021, at Willows Landing, Monticello, Minnesota. Visitation will be held on Sunday, August 22, 2021 from 11:00 am until 12:30 pm, at Nelson-Hillestad Funeral Home of Redwood Falls. Burial service to follow at St. Catherine’s Cemetery. Arrangements are with Nelson-Hillestad Funeral Service of Redwood Falls and Morgan. E-mail condolences may be sent via www.nelson-hillestad.com. Shirley (Okins) Kaehler received her angel wings on August 12th, 2021 at age 70. Shirley was born to Richard and Rosemary Okins on May 10, 1951 in Jackson, Minnesota. As a child she excelled in mischief. She often told stories about blowing out candles in church. Shirley met her husband, Gaylen Kaehler, at high school in 1967. They were married on June 11th, 1971 in Redwood Falls, Minnesota and went on to have three children: Bryan, Bradley and Pamela. As a family, they often traveled around the country. Their fondest memory was being trapped, and having to spend the night, at Old Faithful during the Yellowstone fires in 1998. As an adult, Shirley excelled at shopping. She was famous for getting lost in flea markets. She loved to buy clothes for her grandchildren and seldom bought things for herself. She always knew what everyone loved. After retiring from Target Corporation after 25 years of employment, she enjoyed traveling the world with friends where her favorite destination being Australia and Bora Bora. When she wasn't traveling, you could find her on the pontoon with family in Crosslake. All she ever wanted was to be surrounded by family and friends. She is preceded in death by her father, Richard (Dick) Okins who she cherished. She is survived by her mother, Rosemary Okins (98), son Bryan and wife Laura, Lily (17) and Olivia (7), son Bradley and wife Janessa, Cayden (13), Blayton (4) and Brekklyn (2), and Pamela and husband Jason, Alayna (12), Nolan (10), Ian (7) and Elise (6). Blessed be her memory.

Shirley Okins-Kaehler, age 70, of Otsego, Minnesota, passed away on Thursday, August 12th, 2021, at Willows Landing, Monticello, Minnesota. Visitation will be held on Sunday, August 22, 2021 from 11:00 am until 12:30 pm, at Nelson-Hillestad... View Obituary & Service Information

The family of Shirley Okins-Kaehler created this Life Tributes page to make it easy to share your memories.

Send flowers to the Okins-Kaehler family.