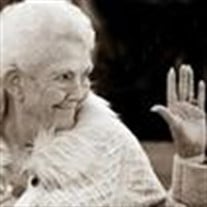 Shirley A. Koehn, 82, of Redwood Falls passed away peacefully Tuesday, October 16, 2018 at the Wood Dale Nursing Home. Memorial services will be held at 1 p.m. on Thursday, October 25, 2018 from Nelson-Hillestad Funeral Home in Redwood Falls with burial to follow in the Redwood Falls Cemetery. Visitation will be held prior to the service from 11 a.m. until 1 p.m. on Thursday, at Nelson-Hillestad Funeral Home in Redwood Falls. Arrangements are with Nelson-Hillestad Funeral and Cremation Service of Redwood Falls. Condolences may be sent via www.nelson-hillestad.com. Shirley Ann Koehn, daughter of Darriel and Anna (Immens) Coddington was born in Arnolds Park, Iowa on January 7th, 1936. Shirley attended school in Okabena, MN and was united in marriage to Arlis Koehn on August 31st, 1957 in Herron Lake, MN. Shirley and Arlis spent their early years in St. Clair, West Concord, Eagle Lake and Mankato. They have called Redwood Falls their home for the past 52 years. Arlis passed away April 13th, 2017. Beloved mother, grandmother and great-grandmother, Shirley truly cherished her family and looked forward to everyone getting together. She loved Christmas season, especially decorating and baking. Shirley also loved the many dogs she had through the years and they all left their paw print on her heart forever. Shirley was a member of the First United Methodist Church in Redwood Falls. She was an avid golfer, enjoyed bowling and playing cards. Over the years, Shirley and Arlis spent several months during the winter enjoying the sunshine in Bullhead City, AZ. She is survived by her daughter Deb (Paul) Frank of Redwood Falls; sons Michael (LuAnn) Koehn of North Mankato, and Jeffrey (Jeanne) Koehn of Redwood Falls; six grandchildren; ten great-grandchildren; and many nieces and nephews. Shirley was preceded in death by her husband, Arlis; parents; sisters Mary Clark, Janice Reynolds and Emmy Lou DeGroot; brothers Neil Coddington and Larry Coddington; nephew Robert Riebschlager and great-grandson Beckett Helgeson. Blessed be her memory.

The family of Shirley Ann Koehn created this Life Tributes page to make it easy to share your memories.

Shirley A. Koehn, 82, of Redwood Falls passed away peacefully...

Send flowers to the Koehn family.